Space nation, Ethics as a Service, identity crisis and digital sovereignty from the USSR

There are some links between the #discoveries below and the previous pieces on the geopolitics of home office, Web 3.0 digital economy and digital sovereignty history.

The micro (space) nation of Asgardia was established in 2016 and its constitution adopted a year later. It also had parliament election in July of 2020 and to date counts almost 2,000 (Earth bound perhaps for now) residents.

What's interesting with Asgardia and network states like Plumia is the extent to which they reflect identification, association and cohesion outside of the existing boundaries of states.

In addition to Asgardia, another interesting data point for the geopolitics of home office discussion is that as the world slowly returns to normal – 39% of US employees would rather quit if not offered remote or partially remote working modality. Others are also quitting to pursue more meaningful careers.

Ethics as a Service

Authors from the Oxford Internet Institute, Digital Catapult and Alan Turing Institute argue that gap between “AI ethics principles [and codes or frameworks] and the practical design of AI systems” exists because these tools are either “too flexible (and thus vulnerable to ethics washing) or too strict (unresponsive to context).

Enter Ethics as a service. Based on Platform as a Service it is a multi agent approach with a board and AI practitioners whose job, among others, is to audit AI systems for ethical compliance and social impact and inject context into models.

An interesting read and a great example of an academic paper that combines industry knowledge and practical applications. Will be returning to it in the future. 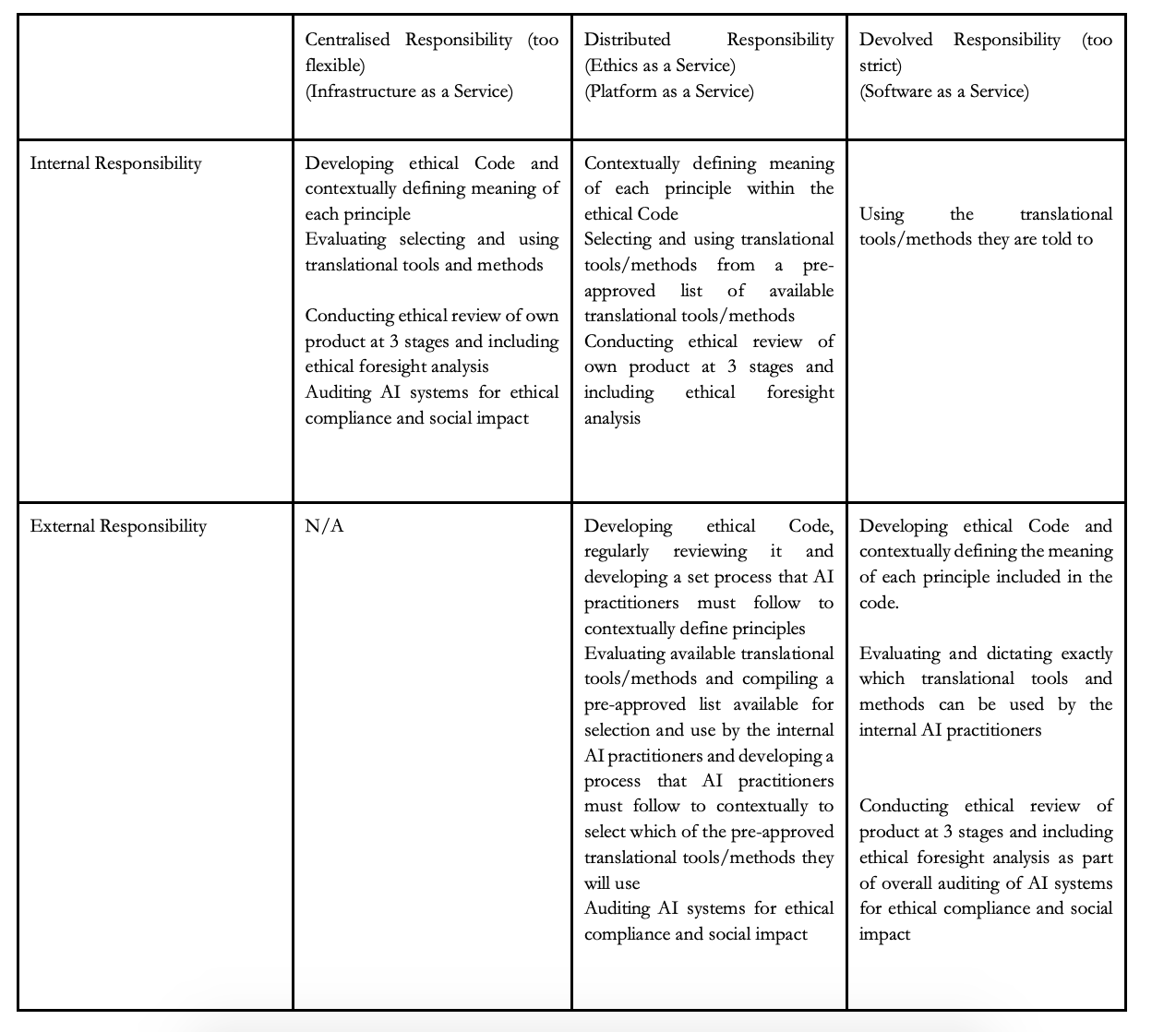 Apple's announcement of adding driving licenses to its existing wallet of user information (further)intensified the conversation of the state of digital identity.

More than 1 billion people globally don't have a legal form of identity. Digitising this element – as well as facilitating online ID usage for 3.4 billion who do have one – will save $1.6 trillion in payroll fraud and facilitate billions in money transfers.

The Tony Blair Institute for Global Change report outlines the role companies can play in this pursuit. Another solution is Self Sovereign Identity and here's a handy primer on the topic. In essence, it should rest on the user's device and managed with their oversight alone (along with other elements of the Web 3.0 digital economy).

This is a very important one and it occupies a significant space in the EU's Digital Compass which aims to have 80% citizens use digital identity. Many individual European countries have piloted reusable identity – for example Germany's recent hotel wallet use case.

Digital sovereignty from the USSR

Digital sovereignty in ex-Soviet European countries from the USSR is an interesting narrative. Tiigrihüpe (or Tiger Leap) was a 1996-97 project to modernize Estonia's networking capacity with a focus on the school system and in the face of the previous technological lag.

It is often forgotten in academia and I also unfortunately left it out from the history of digital sovereignty initiatives since (due to a different and more contemporary focus). In academia, the frequency of using the term(s) has increased in the past decade.

💡 Feedback and/or criticism is very much appreciated! Please tweet or DM it @ShiftPrintBlog or forward this piece to someone who you think might find it interesting.